Since the beginning of Common Core implementation, finding high-quality, Common Core-aligned materials has been challenging. Thanks to the good work of educators, there has been significant improvement in the quality and alignment of instructional materials. However, there are certain standards and content areas for which there is still a need for better materials. To meet this need, Achieve and Student Achievement Partners (SAP) worked together to develop a plan to highlight and share instructional materials addressing priority Common Core State Standards (CCSS) – standards where existing instructional materials were routinely missing the mark. This work commenced with a convening of experts and practitioners to identify priority standards for both mathematics and English language arts/literacy in grades K–8. Their findings can be found here (mathematics) and here (ELA/literacy).

With the priority standards identified, Achieve released a Call to Action looking for aligned units. The call outlined specific focus areas in math and ELA/literacy in elementary and middle school. Classroom teachers, districts, and small, non-profit organizations responded to the call by sharing their personally created units addressing these priority standards.

In order to ensure the submissions were of high quality and aligned to the CCSS, all submissions were reviewed by Achieve’s EQuIP Peer Review Panel, an existing group of current and former teachers representing more than 1,000 years of teaching expertise. The evaluation process is rigorous and involves teams of three reviewers measuring each submission against the EQuIP Rubrics. From this process, detailed, criterion-based feedback was created and shared with the developers. This step alone proved to be incredibly valuable for the developers since the feedback was specific and content-based while also addressing CCSS alignment. The submissions that were found to be Exemplary by the review panel were awarded a $1,500 stipend and published on both SAP’s and Achieve’s websites.

The original call concluded in June 2015 with 79 submissions, from which 15 were identified as Exemplary. These early submissions came from small developers and classroom teachers, some of whom had never designed materials for broad dissemination before. When asked about the experience, teachers stressed how valuable the feedback was that they received from the panel. In particular, teachers appreciated the content focus of the feedback.

Though a small set of units was identified as Exemplary, they stand as examples to inform the expectations of teachers, schools, and districts looking for high quality, Common Core-aligned materials. Additionally, they shine a light on outstanding, teacher-created work.

With the goal of identifying exemplary units for the remaining priority standards, Achieve and SAP have re-released the call for units. The process has now expanded to include high school units, with experts and practitioners identifying high school priority standards during a convening in early September 2015. Both the K–8 and the 9-12 Call to Actions are still accepting submissions with the first round deadline in late October followed by a final deadline in February of 2016.

After reading the Call to Action documents, if you would like to submit a unit addressing the priority standards, we invite you to submit your materials at http://lessons.achieve.org/ for a chance to be awarded $1500 if your unit is rated Exemplary by the EQuIP review team.

About the Author: Cristina Marks joined the Achieve staff in April 2011 and currently serves as Associate Director, State Policy & Implementation Support. Cristina is responsible for supporting and managing EQuIP. Cristina also supports Achieve’s efforts to provide implementation support to states as they advance the broader college-and career-ready policy agenda. Before joining Achieve, Cristina taught middle school in Gainesville, Florida. Cristina earned her master’s degree in Education Policy from The George Washington University, Graduate School of Education and Human Development and received a bachelor’s degree in history from the University of Florida.

About the Author: Jeremy joined the Achieve staff in November as an intern on the State Policy and Implementation Team. In his current role with Achieve, Jeremy supports EQuIP initiatives including convenings, webinars, training materials, and the EQuIP Peer Review Panel. Previously, Jeremy worked for DCPS in designing and implementing a new approach to professional development that would allow for more teacher voice. Before moving to DC, Jeremy spent five years teaching in New York City. Jeremy entered teaching as a corps member of Teach For America. He began as a 7th grade science teacher with the Museum Magnet School (formally PS191). He spent four years with the school teaching science, social studies, and art history in multiple middle school grades. With the awarding of the magnet grant, Jeremy supported the school’s transition as a member of the Magnet Leadership Team and Chair of the subcommittee tasked with writing the school’s new mission statement. In his fourth year, Jeremy helped spearhead the school’s new STEM initiative with other district schools as well as their new STEP program with Fordham University. Following his time with Museum Magnet, Jeremy spent one year teaching math with Kings Collegiate Charter School, a member of the Uncommon Schools Network. Jeremy earned his undergraduate degree from Washington University in St. Louis where he majored in comparative literature with minors in French and physics. He holds a master’s degree in Education from Lehman College. 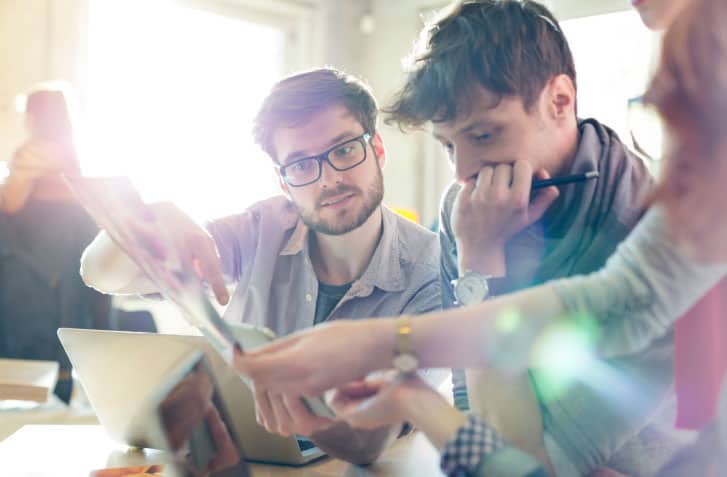